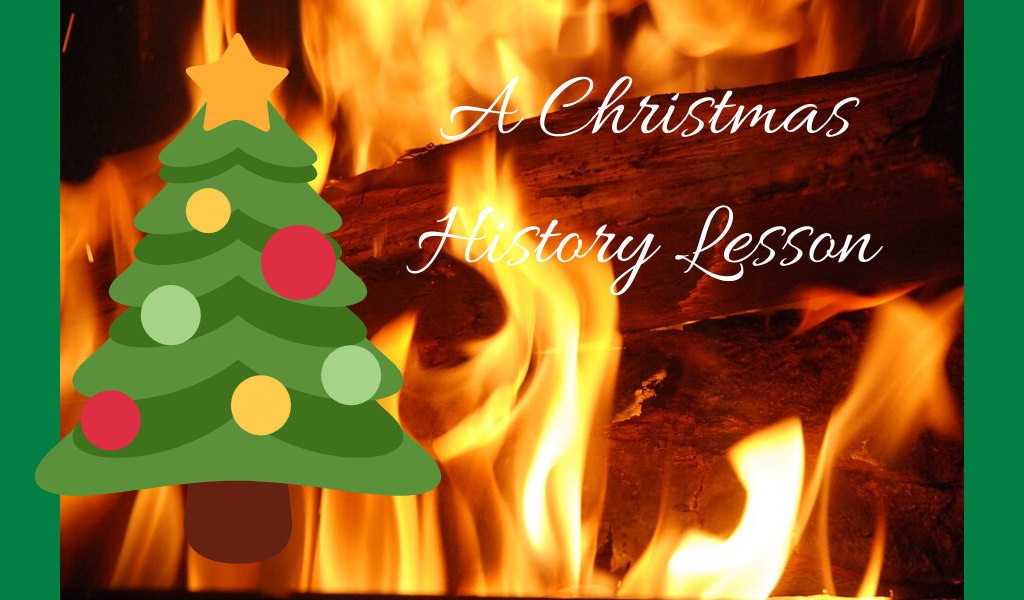 My name is Noelle, which means “The First Christmas.” There’s a lot of hand-wringing about the “war on Christmas,” and “taking the Christ out of Christmas.”

So, as Christmas’s namesake, I decided to look into the history of Christmas. Here’s the scoop:

The first recognized Christmas celebration was a pagan festival called Saturnalia, which honored Saturn, the god of Agriculture. It started around 110 BC, was basically a big Mardi Gras party with lots of food and drink. Businesses closed down, and social roles were flipped, so peasants and slaves ruled the city.

In 333 AD, Scandinavians began celebrating Yule, which marked the return of longer days. The Norse built fires with large (yule) logs, and believed that each new spark foretold a new calf or piglet that would be born the following year.

Around the world, for thousands of years spanning religious traditions and non-religious celebrations, December and early January have included celebrations of light, rebirth, warmth, good food, family, and hope for the new year. From the African celebration of Kwanzaa to the Jewish celebration of Hanukkah, this time of year has been important to many people for a very long time.

So, when and how did Christianity fit into the picture? In the 4th century, Christians didn’t celebrate Christmas at all (Easter got all the glory). In 336 AD, Pope Julius I decided that the Catholic church would adopt and celebrate the Roman holiday of Saturnalia as a religious holiday, hoping it would increase popular adoption of Christianity.

This worked out pretty well. Christianity had mostly replaced paganism by the Middle Ages. However, the trend was to celebrate the religious holiday in church—then go bonkers in a Mardi Gras-like celebration afterward. Which the Puritans, an ultra-conservative religious sect, HATED.

So, when Oliver Cromwell and the Puritans took over England in the 17th century, they cancelled Christmas altogether. It wasn’t until Charles II took the throne in 1651 that Christmas came back, by popular demand.

How about American Christmas? Well, the pilgrims who came to America in 1620 were even more diehard than the puritans who had canceled Christmas in England. As a result, Christmas wasn’t a holiday in America. There was actually a law against its celebration from 1659-1681. If you were caught celebrating, you’d be fined 5 shillings (about $40 today).

Once the American Revolution took place, basically nobody celebrated Christmas. It was considered an English custom, and all but forgotten.

When did Christmas come back? Not until the 19th century. This was a time of major upheaval, high unemployment rates, and class conflict in America. In 1819 American author Washington Irving, wrote a wildly popular book about a squire who invites peasants to his home for Christmas in England. Around the same time, Charles Dickens wrote "A Christmas Carol"—which likewise centers on themes of goodwill toward humankind and charity.

Christmas was popularly re-adopted and celebrated as a time of family, an opportunity to indulge children without fear of spoiling them, and a way to bridge the tumult between the rich and poor in society. The holiday that resulted was entirely new in many ways, combining old pagan traditions, elements of Christianity, and other legends (including St. Nicholas, a monk from 280 AD who was the patron saint of children and sailors).

Christmas, as we now know it, didn’t become an official holiday until 1870. In other words, Christmas as Americans now know it has only existed for about 150 years.

So, what does all this mean? For one thing, Christ wasn’t actually part of Christmas for most of history. Which doesn’t make it any less special or lovely for you to celebrate him as part of your holiday. If I see you on the street, and you tell me “Merry Christmas,” (or any kind of holiday greeting), I’ll thank you! If you adorn your house with manger scenes and kneeling Santas, I’ll admire them.

On the other hand, if you’re the head of a company, school, or other organization that represents a lot of people (who may celebrate and believe differently from you), I’d encourage you to think hard before you decide to put “Merry Christmas” on your holiday Christmas card. Think, for a moment, how you’d feel if the head of your company chose “Happy Hanukkah” or “Festive Saturnalia” to represent everyone. If you wouldn’t like it, remember the golden rule and choose to be inclusive.